Former Twitter executive Dave Scott will join us to share his personal story as a Black executive in the tech industry, with a focus on what companies can do better.

Bio. David Scott has over 20 years of marketing experience and has served as a senior marketing executive for top software companies such as Twitter, Honeywell, Peoplesoft, and AT&T.  Mr. Scott is widely considered an expert in performance marketing, integrated marketing, and growth marketing. He also has deep experience in branding, public relations, social media, advertising, and digital media.

Most recently, Mr. Scott was the Global Head of Business Marketing for Twitter where he oversaw all non-consumer marketing. Mr. Scott brings a mixture of big and small business experiences. He has held executive roles at AT&T, Peoplesoft, Honeywell, and GE. In addition, he was the Chief Marketing Officer of several VC-backed startups, all successfully exited. He has been an entrepreneur as well. Mr. Scott started and sold NextPlanetOver (e-commerce company), Marketfish (marketing automation platform), and Laughly (streaming comedy service).

Mr. Scott is passionate about growth and performance marketing. He’s the author of two bestsellers on the topic of growth marketing. The New Rules of Lead Generation: Proven Strategies to Maximize Marketing ROI and The Essentials of Small Business Marketing are both published by Harper Collins. He also teaches growth marketing at Haas Business School and speaks at marketing conferences around the world.

Mr. Scott has received a number of industry awards including “CMO of the Year” and “Marketer of the Year.” David Scott earned dual bachelor’s degrees in computer science and political philosophy from The College of William and Mary and earned his MBA at the Wharton School at the University of Pennsylvania where he graduated with distinction.

Mr. Scott currently sits on the board of CM Group as an independent board member. He is also on the alumni board of his alma mater and was previously on the board of Goodwill, the Boys and Girls Club of Seattle, and the Data Marketing Association. In 2007, he was named to the Puget Sound Business Journal’s “40 Under 40″ award. 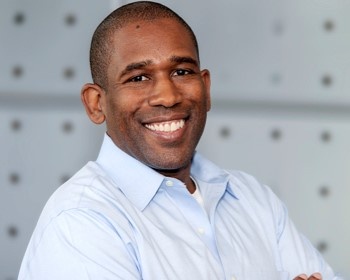