How We Slice the Pie 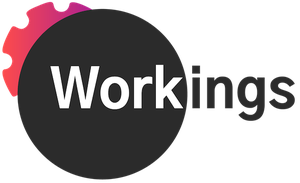 Based on the unexpectedly warm response to this piece on taxation (!), I’m going to continue on the ‘brass tacks’ path. Today I’ll reveal how we slice the financial pie here at Steyer. But first: one observation and one (granted, meaty) aside. 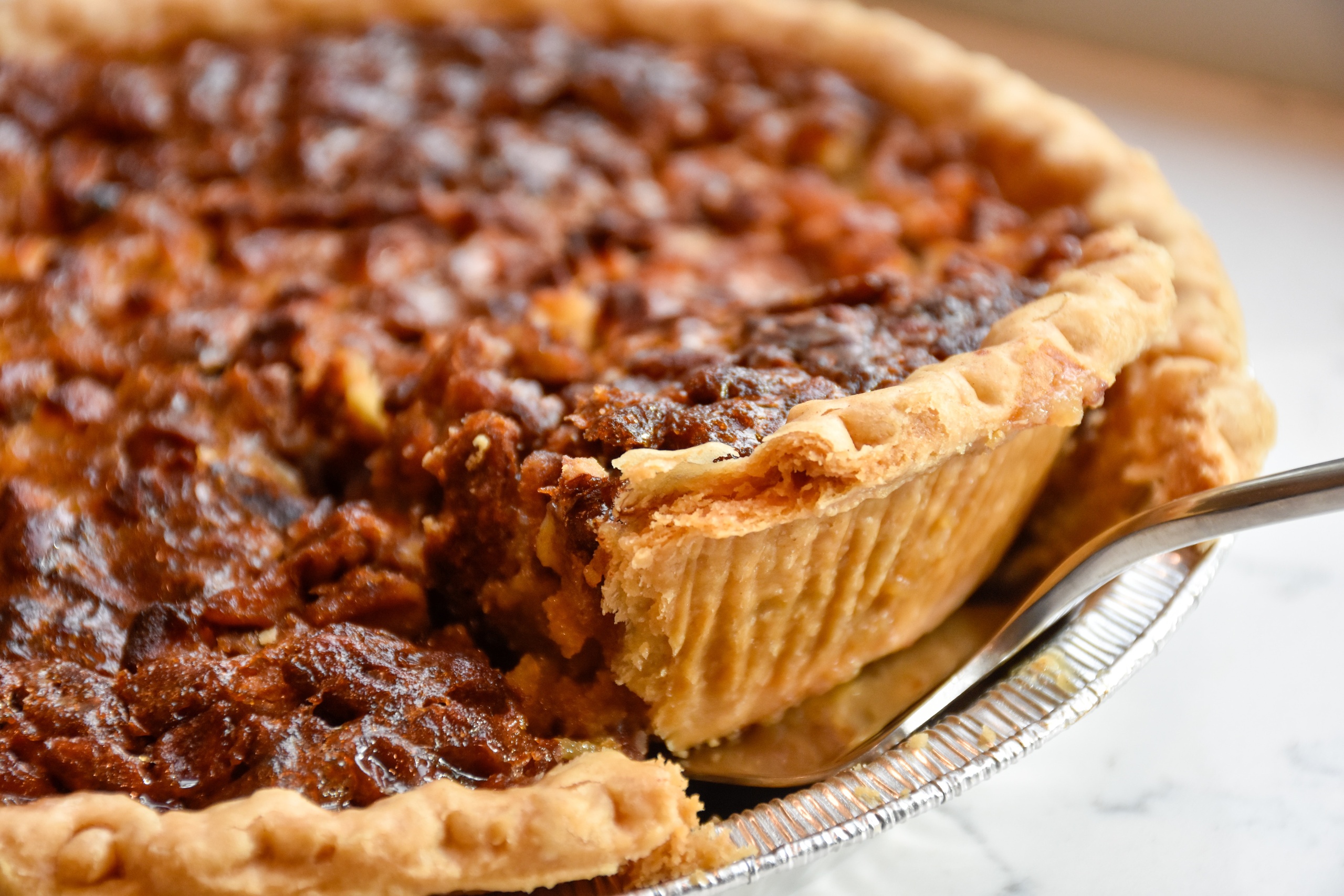 The Observation
What I’m finding from connecting with many of you is that, in addition to the professional loneliness I described here (that sense of alienation we all feel when some essential aspect of our life experience is not well understood by our co-workers), the gig economy has spawned another kind of professional loneliness: the loneliness of the freelancer. Yes, it’s wonderful to be your own boss and chart your own path—but it’s also hard to go solo, without the camaraderie of a team and the advantages of collective knowledge. At Steyer, we can’t employ every freelancer, but we can serve, especially for content professionals, as something of a safe harbor, providing information and data points that we hope will demystify, and make more navigable, the gig economy in which we all operate.

The Aside
Why do I always refer to the gig economy as “the gig economy in which we all operate”?  Because, dear Reader, I have a love-hate relationship with the gig economy: I love the autonomy and flexibility it offers to those who choose it. But for those who would prefer—and especially for those who need—the relative security of an ongoing, salaried role with tip-top benefits, I hate the financial instability that characterizes a lot of gig work. I would hate it less if we lived in a country with universal healthcare and other important social safety nets, but as it is, the growth of the gig economy—like many current trajectories—is extremely worrying to me.

Because of this concern, and because Mental Anguish is literally my main hobby, I spend a lot of time asking myself: Is Steyer Content, which undoubtedly benefits from the gig economy, a force for good or evil? But here’s the thing: if I sold Steyer Content today and devoted myself full-time to political campaigns or professional activism (my second and third loves after business), there would still be a gig economy, and it would still be growing. It’s a function of so many juggernauts, including globalization and automation, that I’ve accepted the reality of it—hence: “the gig economy in which we all operate”—and I’ve resolved to do what I can, together with my talented team, to make Steyer the best gig employer we can be. (In parallel, I actively support progressive candidates and policies and would urge anyone else who shares my concerns about the gig economy to do the same.)

Brass Tacks
So, when we bring in a new client engagement, how do we slice the pie? On average, like this: 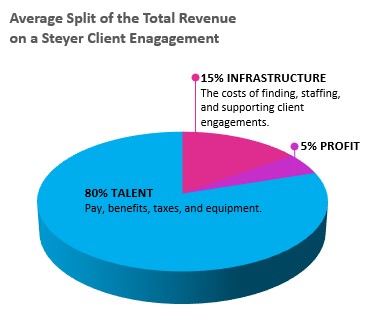 In the next installment of Workings, I’ll define and discuss those categories, and address any questions that any of this information brings up for you.

To send me your questions, to share your views on the gig economy, and/or to inform me that we are in fact a force for evil, please email me at kwalton@steyer.net. I always enjoy the back and forth!